Need is the mother of invention. And it all started with ROLLSROLLER who was born when Reklamidé AB took on too much work and Göran Johansson realised they’d never make the deadline. Soon they were faced with a choice: to become the world’s best sign makers or to revolutionise the entire industry. The company group has now started a new chapter in the history of Flatbed Applicators by launching a second brand, ROLL-X Multipurpose Applicator. A chapter that will take the company group further in the ambition to revolutionise the Global Sign Industry, but also a chapter where two brothers and families reunite in a cooperation that doesn´t have any boundaries! Stay tunded for more of OUR STORY and new products! 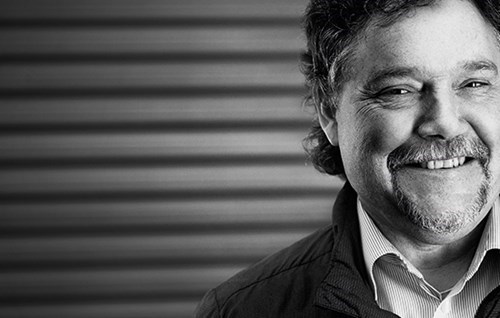 AUTUMN STORMS : THE START OF SOMETHING BIG

The autumn storms on the Swedish west coast in 1996 wreaked havoc with the signs of one of Sweden’s largest petrol station chains. The strong winds and rain cracked the acrylic plastic on the signs, causing sharp fragments to rain down on the traffic below. That was when flexible face signs seriously caught on in Sweden. Reklamidé had become a pioneer in the flexible signs sector with the company’s self-developed EZ System® (patented sign system for flexible face signs), and got a big order to produce 100 new signs very quickly.

Göran recalls: “That was easier said than done. In those days, everything was done by hand. We rented a school sports hall where we spread out the materials on the floor, measured and cut the material and applied it with soapy water and hand-held squeegees. It was heavy, timeconsuming work, and there was the impending risk of not meeting our deadline.” Watching his employees at work, Göran thought, “There’s got to be a better way of doing this.”

A TURNING POINT: THE ROLLSROLLER IS BORN

That’s when a simple and ingenious idea came to him: a table with a traverse beam and a roller would make it much easier to apply material to the underlying surface. “We had limited resources, so I decided to build one myself. We bought steel from a scrapyard and a roller from an old paper machine. I make my first flatbed applicator in a week.”

He didn’t know it then, but the result marked a turning point for the company. The immediate consequence was that Reklamidé was able to finish the remaining 80 signs in a fraction of the time it took to make the first 20. But it soon became clear that Göran had created something revolutionary. “We patented the machine and started using it everyday in our print shop. Soon we faced an exciting and scary choice: to keep the machine for ourselves and be the world’s best sign makers, or to market it and change the course of sign making for ever.”
The ROLLSROLLER was born.

THE ROLLSROLLER IS THE FUTURE

More than 6,000 sold machines later, the ROLLSROLLER is ready to revolutionise production for thousands of graphics companies, just like it once revolutionised Reklamidé. Since the first machine was built, its functions, details and materials have been repeatedly fine-tuned and tested in daily production.

Göran is confident about the future:
“This is only the beginning. I imagine a ROLLSROLLER in every print shop – and I’m sure my vision will come true. A modern sign maker can’t afford not to use this technique, and we’re ready to supply the whole world with a top class, proven product. The ROLLSROLLER is the future.” 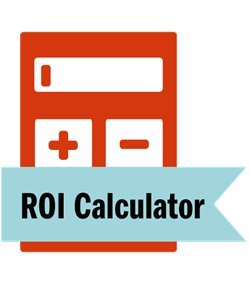 Use ROLL-X ROI Calculator to see your time and money savings. 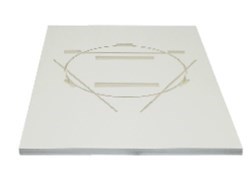 Need advice? We can help you!

Fill in your details and our experts will contact you!